Showing posts from November, 2020
Show All

Puli Milagai with Coconut milk - Side dish for idli, dosa and curd rice 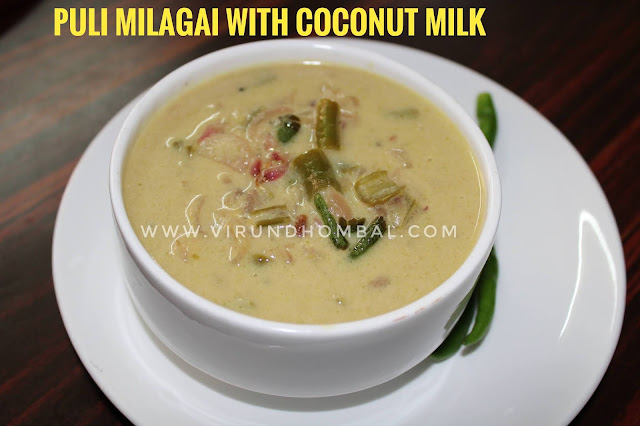 Puli Milagai with coconut milk - creamy and tangy side dish for idli and dosa.  I have already posted authentic puli milagai recipe with small onions and green chillies which has a combination of three different tastes such as hot, sweet and sour. This is also similar but we have to add coconut milk in the final stage, which gives a creamy texture and a pale green colour to this dish. I have to thank Viji sister who taught me this different puli milagai recipe with coconut milk. She said it is famous in their native place Munnanjipatti. The one very good thing about this dish is it's so easy to make. If you prepare the coconut milk, it should take only 15 minutes to cook. Now let's see how to prepare this Coconut milk puli milagai with detailed steps.  Similar side dishes for idli and Dosa Brinjal Kichadi  Brinjal Kichadi with Dal Puli Milagai Tomato Onion Thokku Tomato Chutney with green chillies Ridge gourd Sambar Tiffin Sambar Here is a short video for Puli Milagai with
Post a comment
Read more 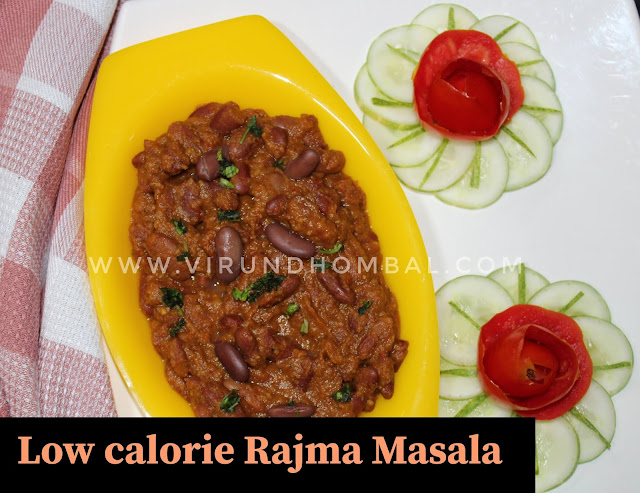 Low calorie Rajma Masala - usually for dinner, I prefer to cook side dishes with less oil because it helps in easy digestion plus healthy too. This masala is prepared with a few spices, red chilly, onions and tomatoes. This low calorie rajma masala tastes good with chapathi, poori or jeera rice.  The masala paste adds a nice flavour to this gravy. The spices fennel, star aniseed, cardamom, bay leaf, cloves, cinnamon and Kashmiri red chillies are dry roasted in a pan and then grounded along with onions and garlic. For this masala I have not included red chilly powder & garamasala powder, but if you want, you can add it according to your taste buds. Make sure to soak the rajma for 8 to 10 hours because it takes more time to cook. Now let's see how to prepare low calorie rajma masala with step by step methods. Here is a short video for Low calorie Rajma Masala  Similar recipes Paneer Methi Masala  Paneer Butter Masala Shahi Gobi Masala Mushroom Butter Masala Chenna Masala Green Pe
Post a comment
Read more 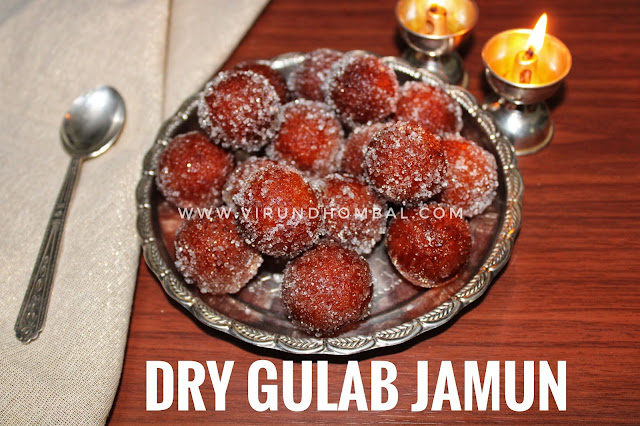 Dry Gulab Jamun - prepared with milk powder and maida as the main ingredient. I actually thought to share this recipe three years ago, but I wanted to post it along with the video. So I decided to post this dry gulab jamun for this Deepavali. Whenever we visit Trichy we used to buy this dry gulab jamun from the famous sweet shop mayil mark at Trichy junction. It's one of our family favourite dessert. They have a dark brown dry jamuns coated with fine sugar. For flavours they add a pinch of dry ginger powder in the jamuns. I have tasted many dry gulab jamuns however the dry ginger flavoured one is the best one. During your next visit to Trichy, you can also try those dry gulab jamuns.  How to make Dry Gulab Jamun  1. Make the dough for jamun - This dough comes together easily and there is no need for sifting works. The dough is prepared with milk powder, maida, rava, baking powder, baking soda, ghee and warm milk. Start with mixing the dry ingredients and then add ghee. Mix well an
Post a comment
Read more 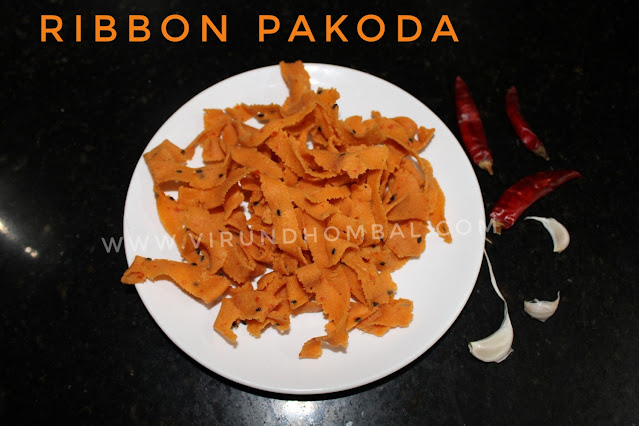 Ribbon pakoda -  prepared with parboiled rice (idli rice) and fried gram flour. In our blog, I have already posted ribbon pakoda prepared with gram flour and rice flour.  Today we are going to see ribbon pakoda with grounded rice batter  and fried gram flour. The fried gram flour comes together quickly and there is no need for roasting the dal. Plus, it ensures a crispy texture also. The parboiled rice is soaked for 3 to 5 hours and then grounded in a wet grinder to a smooth batter. Then the grounded rice batter is mixed with fried gram flour and other basic ingredients we usually add to savoury dishes. For flavours we add red chillies, garlic and asafoetida powder. To make the ribbon pakodas extra crispy, I have added butter which we usually add to thenkuzhal and thattai and also for the lingering taste. If you are preparing the ribbon pakodas for a larger quantities, you can double or even triple the recipe.  Because trust me when you are preparing the savouries, with the grounded ri
Post a comment
Read more
More posts

Idli & Batter for Idli and Dosa